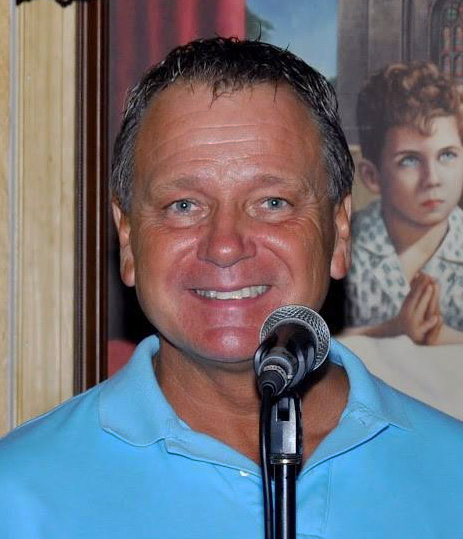 Hello, I am John Barkley. Most know me as  ‘Johnny B”  from Lincolnton, North Carolina. I have been in the deejay business since 1981.

My First radio job came in 1981 when Mick Caskey asked me to join him and co-host The Original Sea Cruise at 1050 AM WLON Lincolnton, NC. I also began my mobile deejay business at that time. My first club job was “Pour Normans” inside the Holiday Inn Lake Norman 1-77 exit 28. In 1988. I joined Beach 106.5 FM WRDX. I was “ON AIR” on Sunday’s 8 am – 1pm. The show was titled “Sea Cruise” with Beech Boys John & Mick.. I left there in 1991 and returned to WLON in Lincolnton. WLON had teamed up with three other am stations. 730 AM WOHS Shelby, 1450 WGNC Gastionia & 1590 WCSL Cherryville. The Piedmont Superstations Radio Network. Hosted a show there “Sea Cruise” Saturday’s 9 am – 1pm. In 1996 that show was nominated for a Carolina Beach Music Award.  I left there in 1995.

More Awards and Nominations from CBMA

Johnny B join Gaston College radio 91.7 FM WSGE in 1995 as a volunteer broadcaster.He is currently “On Air” at 91.7 FM WSGE Saturday’s 9 am -1 pm. The show is titled the Carolina Beach Party with Johnny B & Tiny (Mike Feimster).

In May 2018, Johnny B joined RipTide Radio as the Morning Show Host and currently broadcasts from the 704 Studio every weekday from 9 to Noon.

The Mobile Entertainment Service was started by John in 1981. His performances have taken him from Columbus, Ohio to Nashville, Tennessee to Fort Lauderdale, Florida and various locations in North and South Carolina.

His music selection consist of over 175,000 songs of current dance and party music along with hits from the 50’s, 60’s, 70’s, 80’s, 90’s, 2000’s including Rock & Roll, Top Forty, R & B, Hip Hop, Country and Beach/Shag. As a member of several weekly CD Clubs, Johnny B is able to provide the newest and most popular music available as well as the classics.

Johnny B’s Mobile Entertainment Service uses only the highest quality sound system available. The CD players, mixer, sound processors and power amps are mounted and transported inside of factory built road cases. No unattractive wires for your guest to observe. Johnny B uses the latest computer deejay software to play the music. This software allows him to find songs quickly so he is able to spend more time interacting with guest. Johnny B carries a back up computer with the deejay software loaded just in case of an emergency. The light show consist of  various type lighting effects that can turn any function into an unforgettable party that guest of all ages will enjoy.